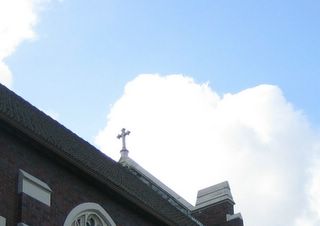 The priests called me back for another shift; the weekend cook had a first communion to go to. I found myself back in the kitchen, much more comfortable with my surroundings now. Lunch was brunch plus soup; they have to have soup everyday! I made a black bean and hubbard squash soup that was well received and the pancakes and frittatta were hot items as well.
After lunch, I began making a cake, using a recipe from The Dieticians of Canada Cook. The recipe became a mere template as I improvised with what I had on hand. (I will type up the recipe later). The result was a sugar free apricot spice cake. 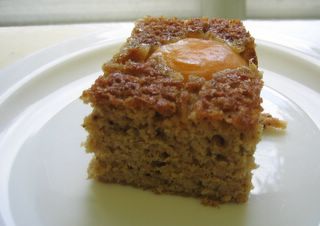 I had to work with what the weekend cook purchased for me on Saturday, so dinner was dreaded pork chops (I really don't like cooking them), rice pilaf, steamed broccoli and roasted yams.
I slowly ambled home, enjoying the view and the feeling of having a relaxing day of work oonce in a while. 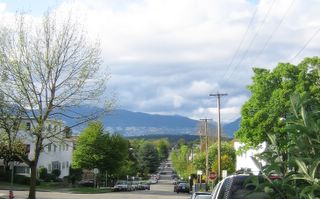 Yum, that looks great--the cake (and the other pictures too) :):)

What is it about pork chop cooking that you don't like?

I find pork chops to be the driest nastiest cuts of meat. Really hard to make edible.