You win some, you lose some

Just in case you were starting to think that all my food turns out amazing, I am here to set you straight....unfortunately. I get these crazy urges mto experiment, and sometimes they work, sometimes not so much. If you read my blog regularily, you may have surmised that I am a huge fan of gravlax. I wanted to use some sumac I had, so I tried to make gravlax with sumac instead of dill. I served it with toasted pita, salad and a pomegranate molasses and yoghurt sauce. One bite and I put down my fork, asking Rob if he would like some KD. He at all of his, but I could not stomach the flavour. I may have overcured the salmon, because the texture was a little off as well. I liked the pomegranate sauce though, so I haven't given up on middle eastern inspired cured salmon. 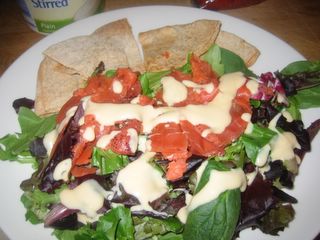 This what I ened up eating; Stewed black beans with cumin and Aleppo pepper. It was delicious and very moreish. 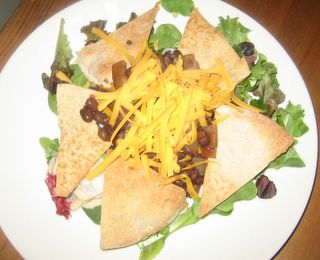 I haven't used summac in ages. Doesn't it have a very dill pickle-y flavor?

Have you ever tried using the tops from Florence fennel for gravlax? I think it would probably be pretty good.